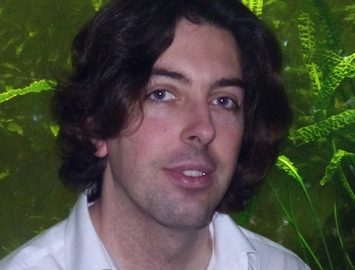 I am a Researcherat the CNR (National Research Council, Italy).

Born and raised in Italy, my academic career started with my PhD in Evolutionary Biology at the University of Catania (Italy), which I obtained in 2010. This was followed by a very brief post-doctoral project at the same university, under the guidance of my PhD advisor, Professor Venera Ferrito, and in the research group lead by Professor Concetta Tigano.
My doctoral work dealt with genetic and phenotypic variation at the Mediterranean scale in a small and common fish species: Coris julis (Teleostei, Labridae). Instead, the brief post-doctoral project was concerned with the consequences of genetic introgression of aquaculture stocks in a rare Sicilian form of brow trout.

In 2011 I moved to Germany, where I did about four years of postdoc in the lab of Axel Meyer at the University of Konstanz. There, I worked mainly on sympatric speciation using Nicaraguan cichlid fish as model and expanding the genomic component of my work, while retaining a strong focus on phenotypic evolution. In Konstanz, I have held multiple appointments, including a Marie Curie IEF Fellowship.

This was followed by a second postdoc (2015-2017) at the Queensland University of Technology (Brisbane, Australia), in the Matt Phillips Lab, working on macroevolutionary topics such as the timing of evolution of Placental Mammals and Birds in relation to the Cretaceous/Paleogene transition.

After this, I took up a position as a CNRS researcher at the Ecole Normale Superieure (Paris, France), in Helene Morlon's lab, where I worked on phenotypic evolution (with a special focus on phenotypic integration).

In 2020 I first started my own lab as a Lecturer at the University of Portsmouth and then, as I was offered a permanent research-only position at the Italian CNR (National Research Council), I decided to move back to Italy. I am currently affiliated with the IRBIM (one of the institutes that make up the Italian CNR) in Messina.

My research interests are quite various. For personal reasons (my long-standing interest in fish as an hobbyist fishkeeper) I like working with fish but, apart from this, I get fascinated by various topics.
In general, I tend to be interested in the relationships between phenotype, genotype and environment.
I'm also broadly interested in the factors producing the extraordinary diversity of life on Earth.
I explore such relationships with various tools like the analysis of DNA sequences, environmental variables and geometric morphometrics.
In particular, my perspective tends often to be phenotype-centered and I have an enthusiastic interest in geometric morphometrics that goes well beyond its use as a simple tool in research.